Get ready to put your groove on because when you go to watch Motown Extreme in Las Vegas you will think you are listening to the real artists perform their classic Motown hits. The show is packed with energy that transforms the audience into a dancing and singing machine as the tribute artists hit the stage for a night of incredible music that only exists in Motown.

During the performance you will be amazed at how accurate the performers look like their idols and their voices are simply superb on point in tone and rhythm. This one-of-a-kind musical extravaganza is perfect for the whole family to listen and learn about the Motown great like the Jackson 5, Stevie Wonder, Martha Reeves, Smokey Robinson, and of course Diana Ross & The Supremes. 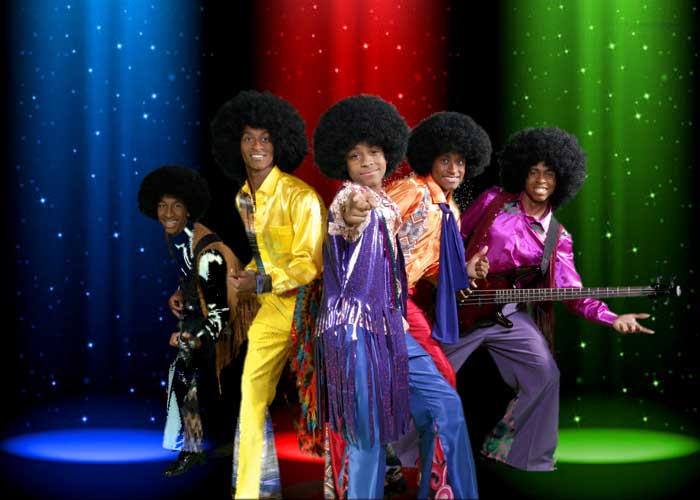 The performance has excellent choreography that only can be presented in the Entertainment Capitol of the World. The stage is perfectly set with plenty of musicians behind the voices that complement the performance by dotting the I’s and crossing the T’s. The costumes, multimedia effects, and incredible sound system are all state-of-the-art and work together to put this tribute show at a must see level for quality of music, enjoyment, and listening pleasure.

While on stage the tribute artists’ belt out renditions of classic Motown hits like Superstition, Dancing in the Streets, You Can’t Hurry Love, and Please Mr. Postman. When the Jackson 5 rip into a tearful I’ll Be There your eyes and ears are fooled by the music and voice of Michael Jackson rings throughout the venue. The performance is so spot on you will be telling yourself that Michael is really doing the moon walk.

But that’s not all you will hear. You can expect to listen to some downright soulful music when they play How Sweet It Is To Be Loved By You by Marvin Gaye. You won’t believe your ears when you hear an astonishing version of Baby Love by the Supremes with the goddess Diana Ross gracing the stage telling you to Stop! In The Name of Love.

ut the music doesn’t stop there. You will smile with pleasant memories as the Temptations play Just My Imagination and the stage will look like raindrops as they play I Wish It Would Rain. The performance is packed with incredible dancing and singing all night long and the show definitely brings out the best in Motown music with tribute artists that know how to dance, sing, and keep an audience grooving to the sweet sounds of Motown.

So Get Ready and take it from me because I Heard It Through the Grapevine that Motown Extreme is the only tribute show you need to see when you visit Sin City.

Motown Extreme was created by Ausar and Aset Bragg who are the founders of The Las Vegas Stars as well as international recording artists and producers. They are joined on stage by their three sons to form the Jackson 5. Michael Jackson is played by the youngest named Prince Jahally Bragg aka J Royal. Their other two sons Prince Taharka aka Mr. Spotlight and the oldest son named Prince La’eeq aka Hi-En round out the incredible look-a-like team of musicians and singers. Ausar Bragg also brings Marvin Gaye to life during the show with his sensuous voice and Aset Bragg helps out with Diana Ross and The Supremes along with other fabulous female Motown artists.

The Musical Director is none other than Felton Pilate who is a Grammy Award winning artist, producer, and songwriter. He is the founder of Con Funk Shun which has sold more than 50 million records for high-end artists like MC Hammer.

Joining them on stage is a collection of talented musicians, singers, and dancers that include Patrice Compton on lead vocals along with Marq Wynn, Devin Haynes, William Jordan, Joseph Cross, and Merald Bubba Knight on background vocals. Luana Machado is a masterful dancer that graces the stage and the Emcee is Nathaniel Bridewell. Musicians include the talented Wayne White on piano, Juice Jones on the bass, and the drummer Robert Shipley keeps everyone in the groove with his perfect beat.

Motown Extreme is performing at the Notoriety, Neonopolis. The intimate venue is ideal for viewing and listening to these incredible tribute artists. The 90-minute family-friendly show is open to all ages, so bring the kids. The show runs Thursday thru Sunday at 6:00 P.M. Tickets range from General Admission to Premium seating which gives you an up close and personal view of the show.