The original Righteous Brothers have been around for decades belting out signature melodies with hit songs like You’ve Lost That Lovin’ Feelin’. Today in Las Vegas, co-founder Bill Medley has revamped the duo by bringing on stage the versatile singer Bucky Heard.

During their incredible performance the Blue Eyed Soul of the original Righteous Brothers is immaculate in tone and harmony while hitting all of the key notes of every classic song they sing together. Accompanied by a full band with a four piece horn section, the Righteous Brothers sing through a set list of classics that range from Rock and Roll Heaven to Soul and Inspiration that brought the group unbridled fame in the ‘60s. As the show progresses so does the favorites. Guests are in awe of Medley’s timeless voice as he belts out He, Go Ahead and Cry as well as Just Once In My Life. Follow this up with incredible classic hits such as Unchained Melody, Brown Eyed Woman as well as I Can’t Make It Alone and you ears are in for a real treat. 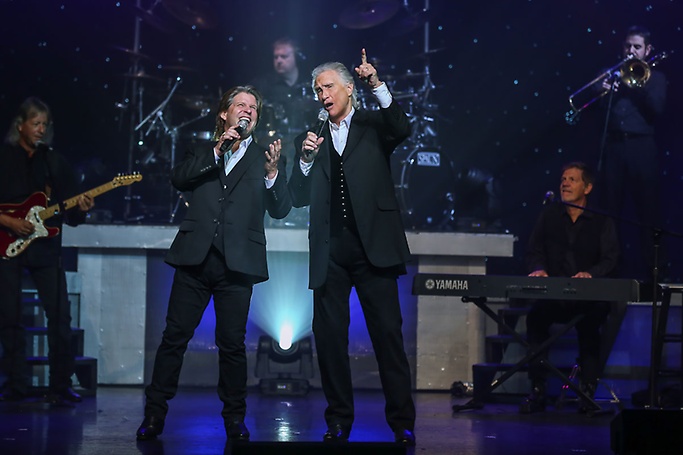 The melodies are furthered along with the help of three female backup vocalists which includes McKenna Medley who is present for a couple of duos with her father, which all comes to a boil with a rousing version of Medley’s Grammy Award winning song The Time of My Life from the block buster movie Dirty Dancing. The father/daughter duo will bring tears of happiness to your eyes as they melt their voices together. Overall, the new found success of the Righteous Brothers is no fluke and as the curtain closes, you will not be disappointed with buying a ticket. 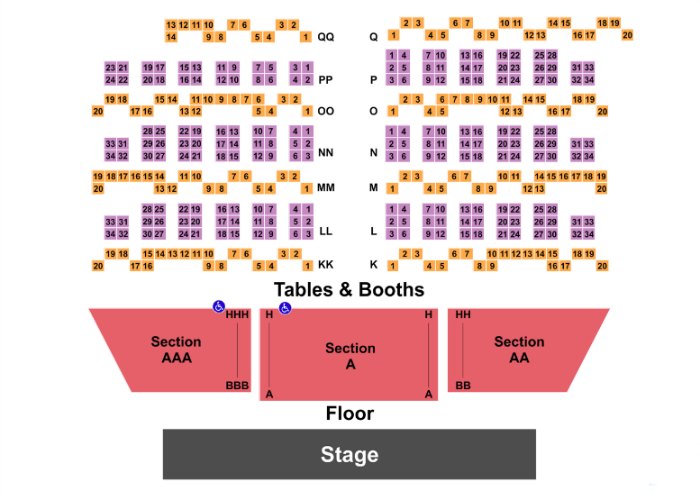 This seating chart will give you an idea about the best seats for The Righteous Brothers. The show is performing at the intimate 500 seat Main Showroom at Harrah’s Las Vegas. There are plenty of options for upfront seating with nice sight lines and good acoustics. Table seating can be cramped but the booths are comfortable with an enhanced intimate feeling for guests. Seats on the upper level have nice sight lines as well as good acoustics which makes purchasing any ticket a good choice, depending on your seating preferences. 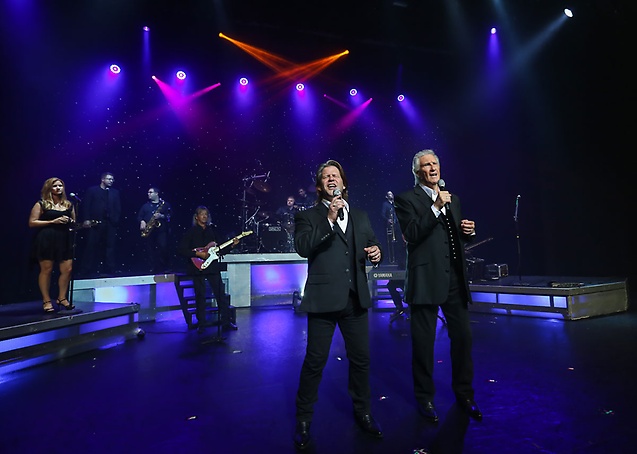 After the death of Bobby Hatfield in 2003, co-founder Bill Medley decided to team up with Bucky Heard. Medley who has been inducted into the Rock-n-Roll Hall of Fame in Cleveland, Ohio has accumulated numerous awards including a Grammy while pairing with Hatfield in the early days. Bucky Heard is a versatile singer who meets all the requirements to fill the big shoes left by Hatfield. Medley listened to Bucky sing while being the front man for a tribute band to Journey. The duo is accompanied on stage by a full band that includes a four piece horn section and backup vocalists which includes McKenna Medley, the daughter of Bill Medley. 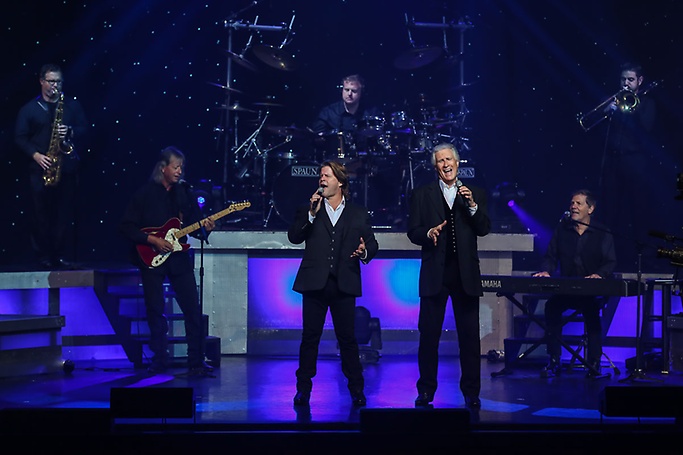 The show is performing at Harrah’s Main Showroom within Harrah’s Las Vegas. Performances run Tuesday through Thursday beginning at 6:00 P.M. This family-friendly show has no age restrictions. Reserved tickets, booths and tables are available for seating options. VIP with a meet and greet as well as tickets with a pre-show dinner at Flavors the Buffet are also available.