Las Vegas New Year's Eve is the most exciting two-day event in the world! Venture out on the Strip to experience the most lavish NYE events as well as parties, shows and concerts performed by world-class celebrities. Remember too, many properties are running NYE specials that include accommodations, exclusive NYE show tickets and parties. Whether you choose to attend a celebrity concert, attend a party at the Stratosphere, or watch the fireworks, you will be creating a lasting memory. 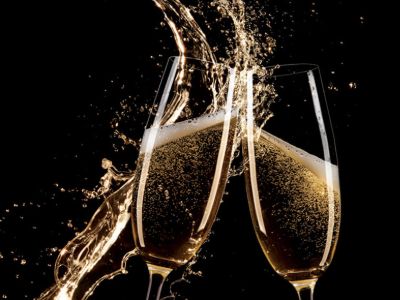 If you don't want the hassles of a big crowd during your Las Vegas New Year's Eve party then you should really book your ticket at the Hard Rock Café! The Hard Rock Café has the perfect vantage point for you to view the crowds on the Strip while you party until the stroke of midnight with an open bar, plenty of appetizers and live music to keep you dancing. The Hard Rock Café will be decked out with party favors and at midnight you can ring in the New Year while watching the spectacular firework show as well as toast your partner with champagne. This could be the best party in town and don't forget, you can watch all the festivities from around the world on numerous big screen televisions, so you won't worry about missing a thing. 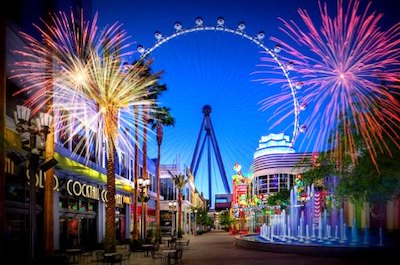 A superb way for you to enjoy a Las Vegas New Year’s Eve is to try one of the two packages presented by the High Roller. Each package is designed to help you bring in a memorable New Year’s Eve that can only happen in Las Vegas. Imagine yourself sitting in one of the 28 observation cars on the world’s highest observation wheel as you bring in the New Year watching fireworks and toasting with complimentary champagne. Each package includes a premium open bar for one hour accompanied by plenty of tasty appetizers before you head to board the High Roller. The main difference in the packages is where your observation car will be on the wheel when the clock strikes midnight and the fireworks explode in the sky above you. Added bonuses with these packages include VIP parking, a souvenir photo and plenty of live entertainment. 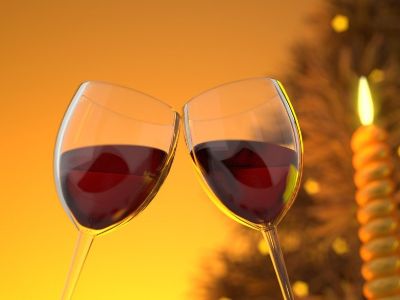 No matter what kind of entertainment you are searching for to enjoy a Las Vegas New Year’s Eve you are going to find it at South Point Hotel, Casino and Spa. There are several exciting packages that include a night of music, comedy, and impressions with the fabulous showman Frankie Scinta. Your evening begins with a warmup by the Alley Cats then a tasty four-course dinner with open bar and finishes with champagne and Frankie Scinta. Another option is the ‘80s Dance Party with the Spazmatics that includes an open bar, appetizers, and plenty of party favors. Something more low key is watching Frankie Moreno in the Showroom with two drinks, party favors, and a champagne toast. T 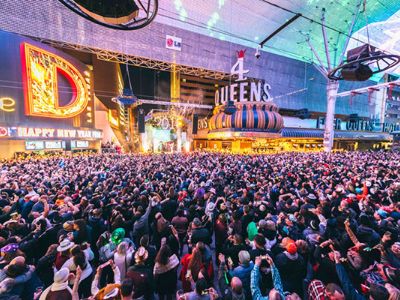 One of the largest Las Vegas New Year’s Eve parties for you to attend will be happening at the Fremont Street Experience. Festivities for this special night kick off at 6:00 P.M. when the gates open to the streets along the Fremont Street Experience. There will be plenty of entertainment on hand with live bands, roaming street performers, and interesting characters to view. You can enjoy all the other aspects of the area too such as the SlotZilla Zip Line which will be operating on a special schedule. There are lots of great restaurants for you to treat your belly to tasty food before the real party begins. In addition you can be assured of watching the one million lights that will be lighting up the sky on the unique Viva Vision LED canopy along Fremont Street which will be spectacular to watch when midnight chimes.