Here is a complete list of Downtown Las Vegas shows playing in 2023 at The Neonopolis, Golden Nugget,Four Queens, Canyon Club and other downtown hotels!

Concerts at The Showroom 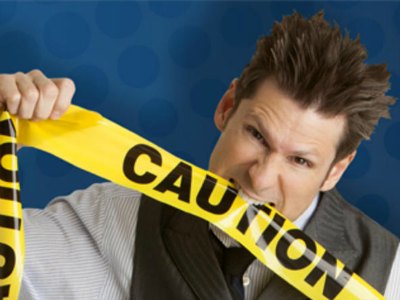 One of the best mixtures of laughs and tricks in Sin City is the Mike Hammer comedy and Magic Show which is turns out to be an ideal Downtown Las Vegas show for families. Performing at the Canyon Club within the Four Queens Hotel, Mike Hammer brings everything together in this magical 70-minute show. Hammer will stun you when he eats razorblades, swallows a double-edged sword, reads your mind and throws in a couple of jokes that will have everyone giggling. The show is full of audience participation and Hammer is the king of non-stop improvisation as he moves from magic tricks to the Pick Pocket Booth of Solitude which will bust your gut with laughter. The performance is perfect for families and Hammer will amaze everyone with his sleight of hand maneuvers.

One of the longest running Downtown Las Vegas shows is back and Gordie Brown is a great idea for you to see when you want to laugh and sing. Performing at The Showroom within the Golden Nugget, Brown has been a mainstay in Las Vegas for more than decade bringing his brilliant stage manner to the forefront. Brown is not all about one thing and he delivers numerous versions of his show on any given night that includes witty comedy, great singing, and above all his celebrity impersonations. He combines his fascinating voice with facial expressions while singing hits from many of the masters including Willie Nelson, Garth Brooks, Prince, and when he belts out ‘Burning Love’ by Elvis you will think Elvis is in the building. Brown has an extensive catalogue of impersonations too from Jack Nicholson to Robert De Niro to Dean Martin that will leave you thinking these people are up on stage.

If you are searching for a unique Downtown Las Vegas show that includes lots of glitter, make-up, singing, and gorgeous drag queens, then you need to buy a ticket for Faaabulous! The Show. Performing at Notoriety within the Noenopolis along Fremont Street, Faaabulous! The Show is a new production by longtime Vegas great Christopher Kenney, who emceed Zumanity for 13 years. The show features five drag queens who are dressed to the hilt and ready for an evening of action that includes lots of glitter, great singing, and even a little bit of dancing that will leave the audience in awe of their abilities. During the performance you will be amazed at their voices that immolate numerous stars of Broadway and stars of Sin City while showing off their perfect figures in costumes fit for a true queen. There is plenty of witty commentary to go along with the perfect voices and you will be thrilled with the tribute to Judy Garland which might leave you crying.

A perfect family friendly Downtown Las Vegas show that mixes intriguing magic and witty humor that is ideal for you see is Totally Mental. Performing at Notoriety within the Noenopolis along Fremont Street, creator Vinnie Grosso is no stranger to illusions and funny comments as he prances on stage during his action and fun packed show. He has amazed people around the world with his magical powers that even stumped Penn & Teller not once but twice. His uncanny mystifying abilities jettisoned him to the top of America’s Got Talent where the judges had no clue of what was going on until he surprised all of them with the magical prowess. The show includes plenty of mind bending moments too when he gets into the minds of numerous audience members who in the end wish they had never raised their hand to participate. But let’s remember Grosso is a master of disguises as he chooses his victims wisely throughout the night to help bring his show to new heights. From sleight-of-hand tricks to unusual illusions, Totally Mental has something and more for everyone to enjoy.

When you want to be bewildered by magic and laugh until your stomach hurts, then the perfect Downtown Las Vegas show for to book is the House of Magic. Performing at The Las Vegas Room within The Downtown Grand Casino and Hotel, the House of Magic in Las Vegas was inspired by the Magic Castle in Hollywood. The show boasts numerous top-notch magicians on a rotating basis who are witty, clever, and deliver a bunch of interesting magical performances. You can expect a wide range of magicians from sleight-of-hand experts to mind readers to illusionists to magicians just being hilarious on stage. The shows feature artists who have been seen on such shows like America’s Got Talent, Netflix, Comedy Central, HBO, and around the world. The show is ideal for families looking for an early evening of entertainment in the Entertainment Capital of World, Las Vegas.

A surprising Downtown Las Vegas show for you to watch which will leave you laughing, guessing, and knowing what your partner thinks is Hypnosis Unleashed Starring Kevin Lepine. Performing at the Canyon Club within the Four Queens Hotel and Casino, Lepine is an expert at hypnosis and he does not hold back with the audience. Nicknamed the ‘Rock Star of Hypnosis’, Lepine has been honing his trade of taking people from the audience and putting them in to some delicate situations at times. His high-paced energy while on stage is simply marvelous and has amazed crowds for years with his quick witty comedy that is second-to-none in Sin City. So when you are ready to laugh until your stomach hurts or want to know what the person sitting next to you actually thinks, then this is a must see show for you while you are visiting Sin City.

Not everything needs to be taken seriously while on vacation in Sin City and if you just need a night of laughs and smiles, then you need to book ticket to Delirious Stand Up Comedy. Performing at the Downtown Grand Casino and Hotel, the funny Downtown Las Vegas show runs with a rotating cast of members that you are sure to recognize and remember after a superb night of jokes. You can expect to laugh with comedians’ like Mark Pitta, Erin O’Connor, David Ryan, Keith Lyle, and exclusive engagements from people like Ron Coleman. Each night brings incredible talent to the stage with their own brand of laughter that translates to the audience having fun while laughing until they cry. Sometimes comedy is a little raunchy and sometimes it’s a little weird but a good comedy show is always fun to break up the night of gambling and drinking. A definite bonus to going to the Delirious Comedy Club is free validated parking and there is no drink minimum to be purchased.

When you want to listen some good down home honky tonk music while in Sin City, then a great Downtown Las Vegas show for you to book is Chase Brown’s Vegas Country. Performing at Notoriety within the Neonopolis along Fremont Street, Chase Brown’s Vegas Country is a mixture of sultry swing, old-fashion country, and even a little bit of sex appeal. Brown has been performing the greatest hits of country music since his early days in South Texas and he now has a perfect stage to showcase his talent, looks, and sex appeal. Don’t be surprised if he belts out a few classic hits from Johnny Cash, Willie Nelson, Garth Brooks, and maybe even a little bit of Waylon Jennings. His repertoire of songs goes back decades and his stage presence is amazing. He glides through his show like a pair of window wipers on a rainy night but in the end you will be pleased with voice and selection of songs from the past.