Santana is one of the few bands in the world that just seems to get better with age and their Las Vegas concert series is sure to bring back their Evil Ways of music. The band led by Carlos Santana is coming to bring the house down once again when they hit the stage with all of their favorite classic rock-n-roll songs that mixes the beautiful sounds of Carlos’s guitar with a funky Latin jazz groove that is sure to make you want to sway your hips.

Once the show begins you will be in awe of Carlos’s tantalizing guitar riffs that harmonize immediately with the band and especially the percussions. The band tears into several classic hits like Black Magic Woman and Soul Sacrifice along with a few newer tunes like Smooth which was made famous with Rob Thomas. The group plays effortlessly together as each person on stage brings their own version of “World Music” to your ears in their patented sound of Latin-Rock-Jazz-Blues style. 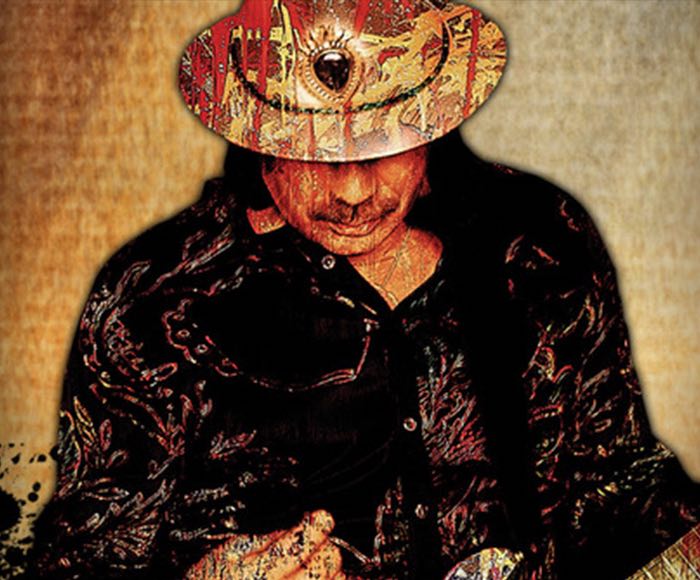 Santana is masterful with taking the audience to new heights of happiness with a number of blues songs written by greats like B.B. King and when they tear into Who Do You Love you will find yourself singing along and jumping to deep guitar riffs. Other songs you might hear are La Bamba made famous by Ritchie Valens.

You can count on several stellar guitar solos by Carlos and his fellow band members which will have you thinking about Woodstock as they proceed playing their own solos throughout the show that can only be explained as incredible. Once the band let’s go on Oye Como Va, the crowd cannot sit down and follows along with the lyrics as the band bangs out the classic hit. The band even throws in some newer stuff too like Tyga’s Mamacita which is a masterful piece of hip hop Latin music that only Santana could help produce and Maria Maria will bring a tear to your eye as the musicians prance around stage with smiles.

The choreography during the show is unique with plenty of multimedia effects including lasers, videos, and photographs from unique places around the world that help tell the story of the music.

Another highlight of the performance is the times that Santana takes to explain his position on the world and how you can help make the world a better place. This gives a sense on how much the band cares about people and music around the world from North America and Latin America to Africa and Asia. Now you will understand why music is so important to all of them in a spiritual and human way of life.

In the end, whether you have seen Santana in the past or not, the show is a must see for all guitar enthusiasts and people looking to enjoy an incredible night of some of the best fused music you can imagine. Who knows, Santana has collaborated with hundreds of big name musicians and artists and it is not surprising that when they are in Sin City they will join the master of Latin-Rock-Jazz-Blues music on stage.

Carlos Santana was born in Jalisco, Mexico just after World War II ended. While growing up he was an accomplished musician on the violin by five years old and learned to play the guitar by eight years old. His teacher was his father who was an accomplished Mariachi musician. While growing up he was influenced by Ritchie Valens, one of the few Mexican American musicians at the time. He also took a keen liking to great blues guitar players like B.B. King, John Lee Hooker, and Latin/gypsy guitarist Gabor Szabo. After moving to San Francisco with his family he formed his first band named Santana Blues Band. His unique style of Afro-Latin-Blues-Rock Fusion music was propelled into the spotlight during Woodstock in 1969 and Carlos and his band have never looked back.

Carlos Santana has won a number of awards include 10 Grammy’s, three Latin Grammy’s, a Lifetime Achievement Award, and he is considered to one of the 15 greatest guitarist by Rolling Stone. Today, after creating his version of “World Music”, Carlos has performed on stage with numerous stars including Rob Thomas, Cee Lo Green, Eric Clapton, Dave Mathews, and the list can go on and on forever.

Performing with Carlos Santana is a large ensemble of accomplished musicians from all walks of life. Banging on the drums is his wife named Cindy Blackman Santana who also played for Lenny Kravitz for several years. There are two other percussionists who are Karl Perazzo and Paoli Mejias. Perazzo is self-taught and started playing around the age of two years old. Mejias is the newest member of the group who has been nominated for a Latin Grammy Award in the past. Joining the band on vocals are Ray Green and Andy Vargas who have performed with the likes of Aretha Franklin, Rick James, mariachi bands, and Santana for a number of years. Keyboards are played by David K. Mathews who was an original member of Tower of Power. The bassist is Benny Rietveld who is originally from the Netherlands, schooled in Hawaii, and has performed with greats like Prince. Rounding out the group is guitarist and vocalist Tommy Anthony who has played with Latin masters like Shakira, Julio Iglesias, Ricky Martin, and Christian Castro.

Santana is performing at the House of Blues within the Mandalay Bay Resort and Casino. The intimate setting is ideal to be up close and personal with Santana and the band. The 90-minute performance runs on selected dates in 2022. Tickets are available in a wide range of seating options including VIP dinner packages, mezzanine, orchestra, and table seating to all guests 18 years of age or older.