The Australian Bee Gees Las Vegas show brings back to life the incredible music of the Gibb Brothers.

The show starts with a somewhat strange video clip of Dolly Parton introducing the band to the audience. Guests are swiftly taken back in time to the early days of the Bee Gees complete with Robin wearing long hair. This segment of the show includes numbers such as Nights on Broadway, Lonely Days, New York Mining Disaster 1941 and Run to Me. There is also an acoustic set that highlights songs written by the Bee Gees for other artists such as Chain Reaction, Islands in the Stream and Guilty.

After a quick wardrobe and wig change the trio of tribute artists return to the stage dressed in black. The show jumps from here with numerous covers from their legendary soundtrack from the famous disco musical movie Saturday Night Fever. The tribute artists are flawless while performing such hits as You Should Be Dancing, How Deep is Your Love, Jive Talkin, Night Fever and of course their famed hit song Stayin Alive. The three impersonators give the audience what they are looking for when guests hit the dance floor which Maurice cheerfully calls Club Mo.

The multimedia effects used throughout the Australian Bee Gees Show is centered on lighting. There are no vintage photographs of the band during the early days, acoustic and disco inferno portion of the show. The stage is filled with lots of glitz though with numerous disco balls rotating effortlessly above the crowd and the unique dance floor. 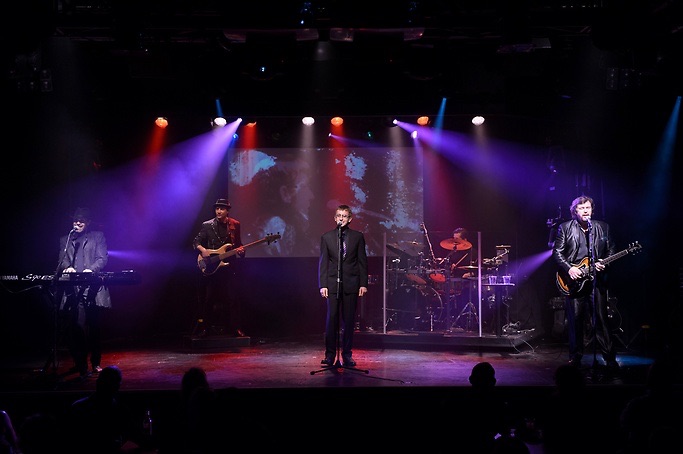 For over sixteen years the Australian Bee Gees Show has fascinated more than one million people around the world in over forty countries. This tribute show in Las Vegas brings the energy and electricity of the original Bee Gees to the stage. Even if you are not a true Bee Gees fan you will be moving in your seat or on the dance floor by the time the event is finished. The Australian Bee Gees Show does all the justice necessary to highlight the positive achievements of one of the greatest brother bands of all-time. 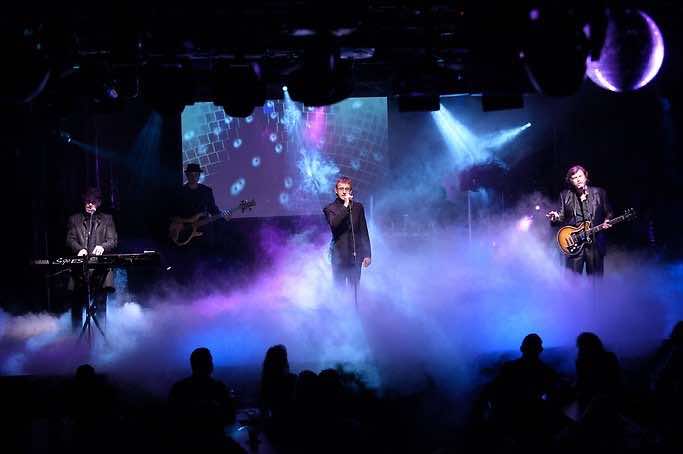 The three tribute artists that perform on stage during the Australian Bee Gees Show have worked every angle to make sure they seem as real as ever. The group has also been together for over a decade with Michael Clift as Barry, David Scott as Robin and Wayne Hosking as Maurice.

Michael Clift is from Queanbeyan, Australia where he began playing the guitar at the age of eight and was performing in his own band by age fourteen. Michael would move on to earn an associate degree in music and started touring Australia with his band Red Tape. After Red Tape disbanded Michael formed Stayin Alive which has become the most successful Bee Gees tribute show of all-time. 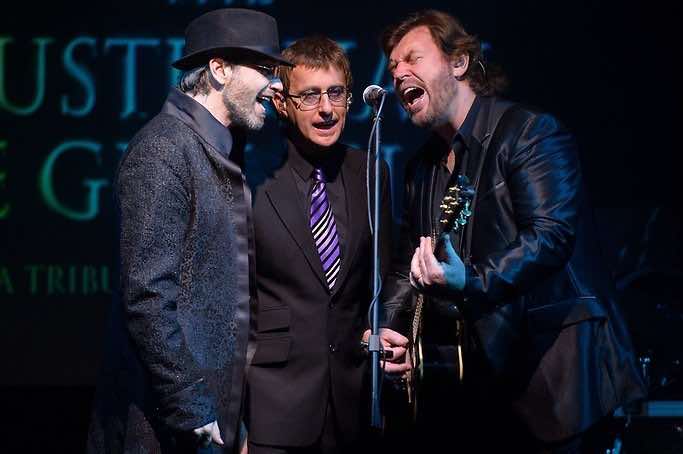 David Scott was born in Auckland, New Zealand who took up the guitar at age ten and was playing the Auckland bar scene with his band by the age of fourteen. David was a hot commodity as a studio and back ground musician and would later join Auckland’s biggest band the Golden Harvest. His big break came when he joined Hotel California which was a tribute band for the rock group Eagles. From here David began his career with the Bee Gees tribute show as the front man Robin Gibbs.

Born in Melbourne, Australia Wayne Hosking’s roots in music began at home. His mother played the drums and his father strummed the guitar. At twenty-one years old Wayne wrote his first opera entitled Crusade which highlighted the doomed children’s crusade during the 12th century. By this time Wayne was a master of the guitar, piano as well as a singer and joined a new Bee Gees Show called Stayin Alive as Maurice Gibbs. 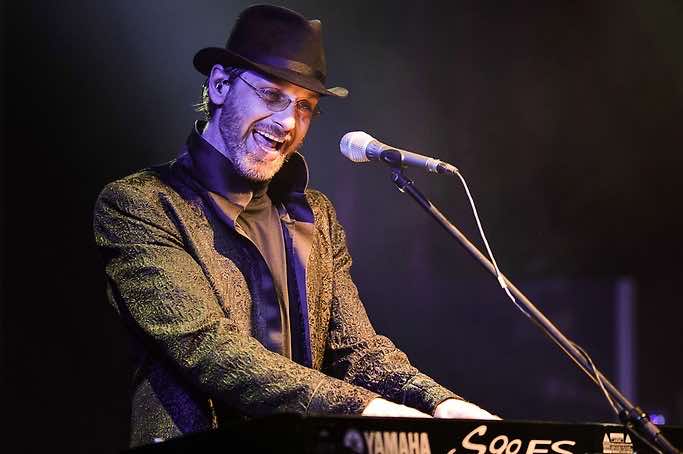 The Australian Bee Gees Show Las Vegas is playing in the Thunder From Down Under Showroom located within the Excalibur Hotel and Casino. This venue offers excellent sight views and a state-of-the-art sound system that enhances the quality of the event. The venue also has a dance floor for people to Bump, Hustle or Bus Stop while listening to the show. The tribute show runs Sunday through Thursday at 7:30 P.M. and Saturday at 5:00 P.M. Patrons must be five years age or older. Australian Bee Gees Tickets are on sale now with VIP to Buffet + ticket special.