The Blue Man Group Las Vegas show has been performing their fun and sometimes childish show in Vegas for many years.

The Blue Man Group has performed all over the world with its elaborate stage show that features lots of interesting musical and non-musical instruments. The choreography of each portion of the show is spectacular with new background drops that contain various videos, lasers and lights. Their stage show is sprinkled with comedic gestures and the funny upbeat feeling of their performance will surely leave audiences at the Luxor Hotel with a laugh and a smile.

From the beginning expect to be intrigued by the wonderful blue lighting of the theater. Don’t be too alarmed before the show starts by the set of blue eyeballs that float effortlessly above the waiting crowd. There is spectacular energy created when the Blue Man Group first appears on stage for the evening.

The musical portion of the show is superb with the strange and inventive instruments that the Blue Man Group utilizes during their performance. The visual effects of the instruments only add to the wonderful stage choreography that is artistically engineered throughout the show. If you can imagine putting a bunch of old parts from your garage together and forming something that makes noise then you understand these guys. These musical instruments are unique in appearance and sound making them a must see in themselves. 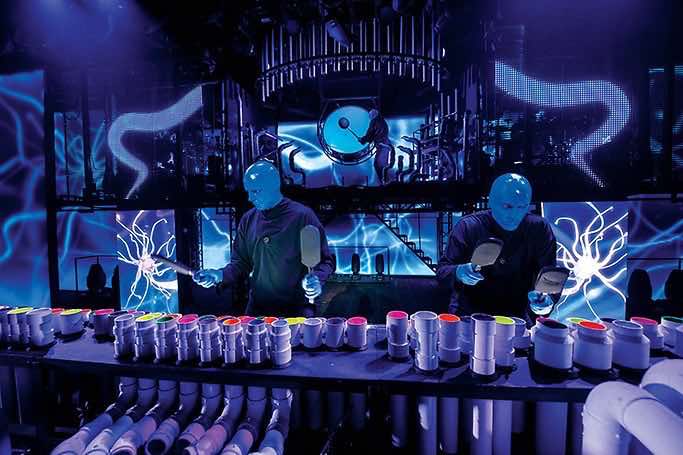 The Blue Man Group always has a very interactive time with the audience. There is plenty of action to keep the children entertained and many of the skits include interesting themes that they can understand. Expect for there to be many situations that include audience participation which may range from a comedy skit to an illusion to making music on their weird instruments. For people close to the stage they will experience an evening of confetti and Captain Crunch being sprayed out of some contraption. Some other interesting aspects of the show are such things as marshmallow paint balls being tossed around stage and the huge floating balls which glide effortlessly through the neon lit air.

The Blue Man Group is a great family show that is appropriate for all ages of fans. The music is quite loud and the thunderous beat of the music will have you moving in your seat all night. The whimsical show will make a believer of your inner child to explore new ways of making music and entertaining people. The Blue Man Group delivers everything a person is seeking from a fabulous Las Vegas stage show.

About the Blue Man Group 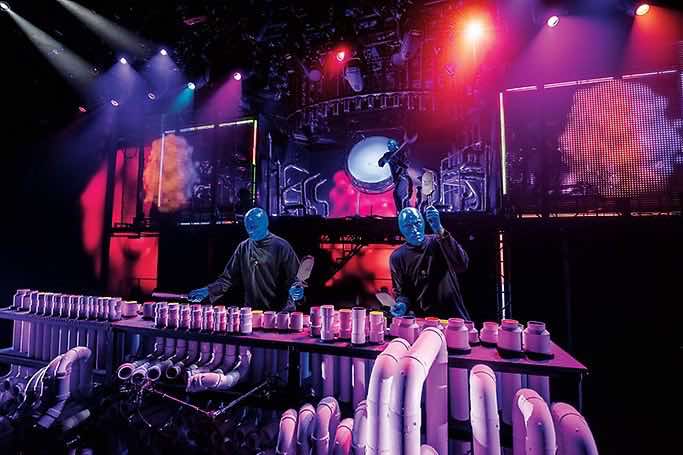 The Blue Man Group is the creation of Chris Wink, Matt Goldman and Phil Stanton who were close friends in Manhattan, New York. The Blue Man Group evolved over time first on the streets and small nightclubs to the world stage. The Blue Man Group has been an intricate part of pop-culture and has performed for more than 17 million people since its inception in 1991. 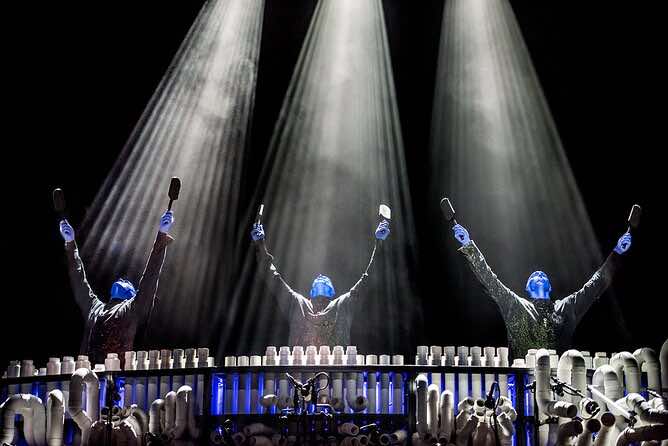 The Luxor Theater is the perfect spot for the Blue Man Group with easy access from the Strip. The 830 seat theater offers big views and the state-of-the-art sound system catches all of the intricate sounds. The show is performing almost nightly. Children must be five years of age or older. Blue Man Group Las Vegas Tickets are on sale with a choice from general seating to VIP experience with a drink and Meet & Greet.