Las Vegas sports teams home games bring to the city fun and excitement. You can watch a variety of professional teams like the NHL Vegas Golden Knights, WNBA Las Vegas Aces and starting in 2023 the NFL Las Vegas Raiders will take the field. Other exciting sporting events in Las Vegas include the Las Vegas Aviators of the Pacific Coast Triple A League, the Las Vegas Lights FC playing in the United Soccer League Championship. In addition to the professional teams there is also entertaining sporting events at UNLV. Known as the Runnin’ Rebels they play in 16 NCAA Division I sports and is best known for being a basketball powerhouse in the Mountain West Conference. From exciting hockey and football to baseball and soccer to college basketball and professional basketball, there is sure to be the perfect event to wet your sports whistle. 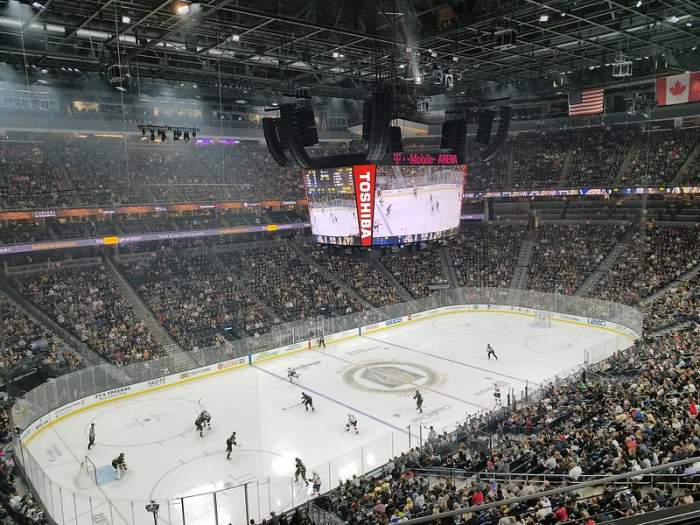 Vegas Golden Knights are the darling of the National Hockey League (NHL) world in Las Vegas. The team was awarded a franchise into the NHL in 2016 and has not looked back since hitting the ice. Notable achievements by the Golden Knights include winning the Western Conference Championship in 2018 and going to the Stanley Cup Finals where they were defeated by the Washington Capitals. Going to a Golden Knights game is magical. The team has incorporated everything Sin City has to offer in their pregame shows that are loaded with plenty of multimedia effects including a traditional knight fight from the middle ages. The team plays within the Pacific Division of the Western Conference and hosts opponents for more than 40 games a year at T Mobile Arena where you will find entertaining tailgate parties. 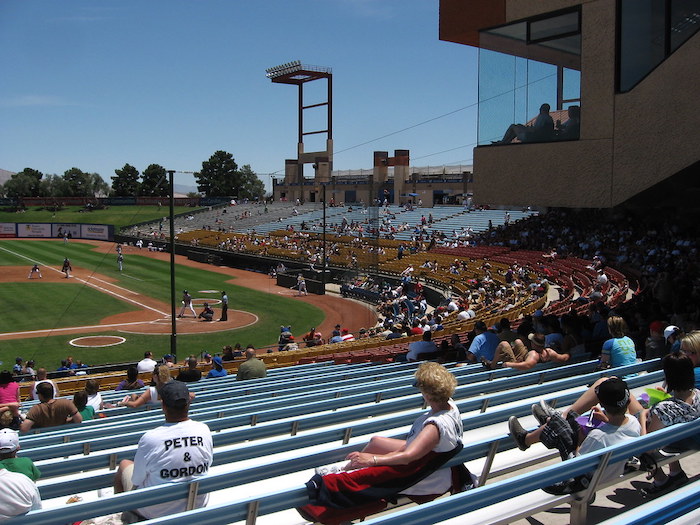 Baseball fans will be pleased to know that you can catch a Triple A League game when you go to watch the Las Vegas Aviators compete. Changing their name to the Aviators in homage of Howard Hughes, the team was also known as the Las Vegas 51s and Las Vegas Stars. The team plays ball in the Pacific Coast League (PCL) and is the Triple A affiliate of the Oakland A’s. The team has won the PCL title twice throughout the franchises existence. Notable big leaguers that have played in Las Vegas in the past include Ozzie Guillen, Eric Gagne, Edwin Encarnacion, Roberto Alomar and Sandy Alomar Jr. The team hosts a variety of teams in the Pacific Coast League from 12 states including California, Washington, Tennessee, and Louisiana. All 70 plus home games are played in the new 10,000 seat state-of-the-art baseball park called Las Vegas Ballpark.

The Las Vegas Aces opened their first campaign in Sin City during the Women’s National Basketball Association (WNBA) 2018 season after relocating from San Antonio. The franchise was founded in Salt Lake City in 1997 and currently is one of only four WNBA teams that don’t share the spotlight with a NBA in town. The team plays in the Western Conference of the WNBA. Notable achievements of the franchise include winning the WNBA Western Conference Championship in 2008 where they lost the WNBA Finals to Detroit. Star players that have graced the floor in the past include Becky Hammon, Sophia Young and Jayne Appel. The Las Vegas Aces play more than 15 home games each year at the Mandalay Bay Events Center against other WNBA from around the country. When you attend a game you can expect to see brilliant basketball from a team coached by former NBA great Bill Laimbeer. 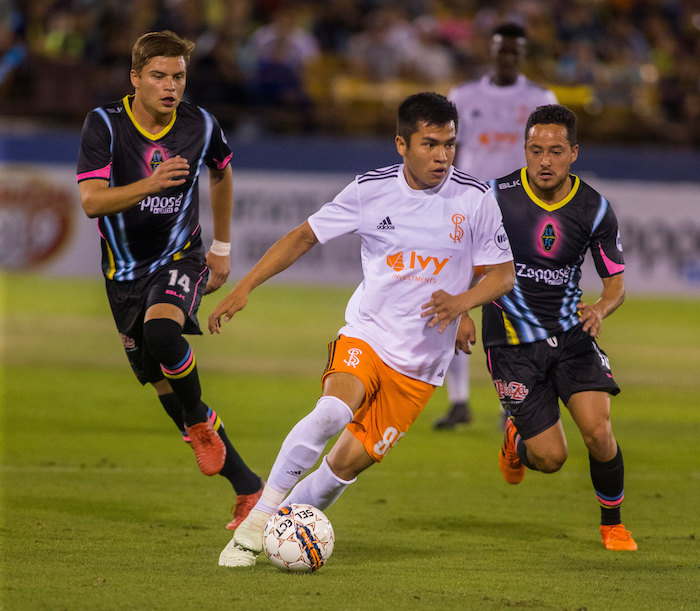 Soccer fans will be delighted to watch the competitive spirit of the Las Vegas Lights FC. Debuting in 2018, the team plays within the Western Conference of the United Soccer League (USL) and continues to prove their worth on the pitch. The name of team gives homage to Sin City and all of its glorious neon lights on the Strip. Although the team has not reached the top of the USL but have had notable stars like teen prodigy Freddy Adu strap on the boots and hit the pitch. The Las Vegas Lights FC plays more than 15 home games against opponents from cities like Colorado Springs, Oklahoma City, Tempe, and their arch-rival Reno 1868 FC. You can catch all the action at the 10,000 seat Cashman Field. 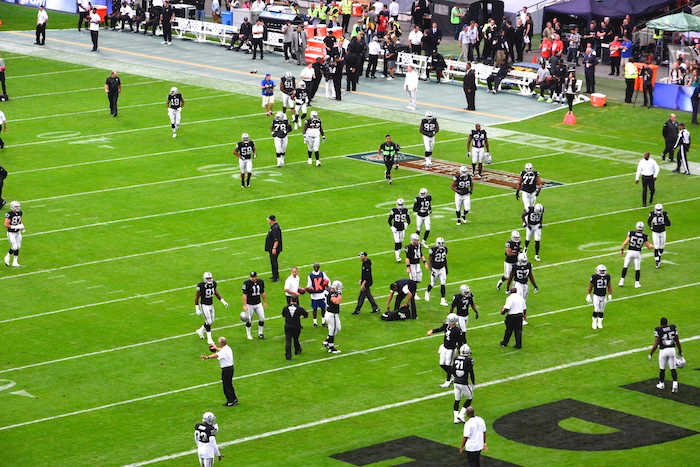 Raider Nation is moving again and starting in 2023 National Football League (NFL) season they will be bringing the Silver and Black to Las Vegas. Once an original team of the American Football League founded in 1960, the Raiders have moved several times during the franchise’s history with stints in Los Angeles and two in Oakland. Notable achievements that have helped grow Raider Nation are three Super Bowl victories and four American Football Conference (AFC) championships. Notable players include Marcus Allen, Kenny Stabler, Jim Plunkett, Lyle Alzado, and wide receiver Tim Brown. The Las Vegas Raiders are set to duel against their usual archrivals including the Kansas City Chiefs, Denver Broncos, the Los Angeles Chargers, and other traditional rivals like the Pittsburgh Steelers. You can catch the action in the new 65,000 seat domed Las Vegas Stadium which will be packed with first rate amenities for fans to enjoy. 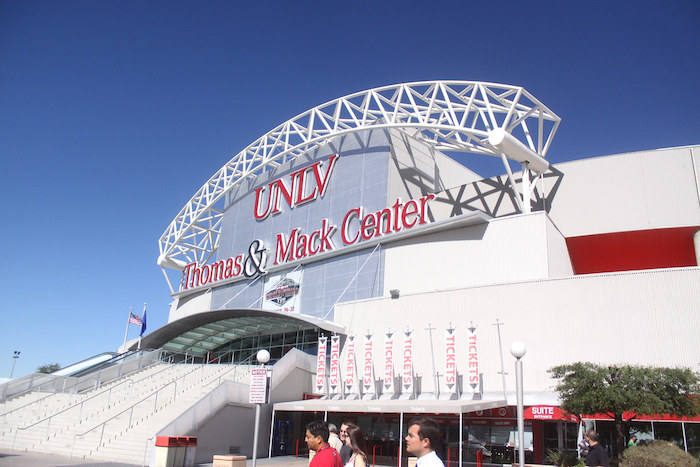 The UNLV Rebels better known as the Runnin’ Rebels compete at the highest level in more than 15 varsity sports while playing in the NCAA Division I Mountain West Conference. The school has won NCAA National Championships in men’s golf, men’s tennis, and women’s track and field. The Runnin’ Rebels are best known for their accomplishments in Div. I basketball when they beat Duke University 103-73 for the NCAA National Championship in 1990. Former players such as Larry Johnson, Stacey Augmon, Greg Anthony, and Reggie Theus all had stellar NBA careers after playing for the UNLV Rebels at the Thomas Mack Center. Their football team plays in the same conference and has been successful over the years while playing their games at Sam Boyd Stadium. Notable alumni include Randall Cunningham, Kenny Mayne of ESPN, Ickey Woods, and Suge Knight co-founder of Death Row Records. The baseball team is often referred to as the Hustlin’ Rebels and play more than 30 games a year at Earl E. Wilson Stadium at Roger Barnson Field. Former standout players include Cecil Fielder, Matt Williams and pitcher Todd Stottlemyre.